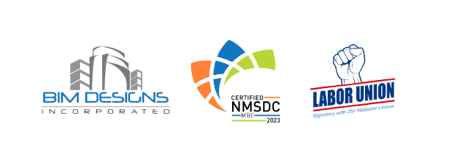 The ability to reliably map out a new building's physical and functional attributes, even before the architectural drawings are completed not only makes sense from a constructional point of view, but in an increasingly energy-conscious world, is fundamentally the right thing to do. Rather than erect a building and then understand how it interacts with the environment and those who use it, BIM offers the opportunity to understand much more, particularly the physiological effects on people, MEP Design and construction, and visual aesthetics, before any construction begins.

Competent and field-experienced BIM Detailers are a limited commodity; and even in fully-formed BIM departments, inefficiencies can slow progress and diminish the true value that BIM can bring to a project.

The major advantage of BIM technology is the ability to construct a highly detailed model, which can be made to function in a similar way to the real building and used to highlight possible constructional issues with a high sense of reliability. If the model shows an issue with the finished building then the architects can investigate it further and redesign when necessary.

But BIM also allows the possibility of analyzing the effects of buildings in a wider urban environment. The use of complex design tools is a huge step forward in building conception, detailed energy analysis, fabrication routes, constructional project management and logistics can be augmented by an understanding of how buildings in urban environments may interact with each other. Obviously, as urban environments become increasingly crowded, and buildings tend towards being taller, which have a greater effect on the local environment. That can include issues such as increased wind speed through venturi effect, and how assets like flood management and water seepage can be affected.

Because BIM results in highly detailed models, it is only a short stretch of technology to be able to convert the model into VR-usable representations which allows designers, engineers, and customers to conduct virtual tours as well as detailed analysis of physical attributes. Put simply, BIM can be employed in an urban environment to create;

BIM is focused on shared ownership of information, and that means that the different interested parties can make use of it to analyze specific parts of the urban environment important to them. By using the BIM simulation of the 3D terrain combined with the building designs to determine whether the layout of the whole urban area is reasonable, designers guarantee that road and landscape design is up to design expectations. Through detailed analysis of the building information model, it is possible to accurately map many of the physical attributes of an area. These can include mechanical measures such as noise, changes to wind speeds, increases in traffic, system measures such as increased use of services – electricity gas, water, and waste – and physiological measures like the impact on received sunshine, increased noise, ventilation and so on. All of the above factors become increasingly important – and measurable – in urban areas developed with BIM in mind.

Smarter Cities. BIM thrives on sensory input, and the level of data now available from different linked sources not only allows the measurement of what is already available but gives vital information for future developments. Never before have we been able to harvest so much information about buildings and then be able to feed it back into future designs.  Future cityscapes will become a part of the living experience rather than simply places for living and working. As such, there is likely to be an increasing technological convergence as a growing population is charged with using less energy.  The smart city will not only make the best use of renewables, but will use the energy supplied to it in a much more effective and ecologically friendly way. From automatic lighting systems to full climate control for optimum living, urban areas built with BIM will serve both its inhabitants and the environment in a much better way.

Healthier cities. Buildings are far more than simple constructions that we live or do business in; they are constructions that have been found to impact our moods and health, and have a profound effect on the areas we live in. Building Sickness Syndrome (BSS) is now a well understood physical fact, and one that can be controlled and even completely eradicated by careful building design.

Whether it is increased window footage, the reduction of mold-generating and retaining surfaces, or the addition of HVAC air-cleaning system, there are a number of building fundamentals that BIM can not only plan for but also supply detailed analysis of BSS factors early in the architectural development stage. If problems can be highlighted by BIM analysis, they can be designed out too!

More resilient cities. Designing using BIM principles means urban areas with a known carbon footprint can be created from first principles and checked for compliance before any building work takes place. Cities currently account for around 70% of energy related carbon emissions and energy consumption, making them obvious targets when looking to reduce both of those elements. If urban areas can be built with features that will help reduce the need for produced energy and make more use of renewables then we will take great strides towards impacting rising global temperatures.

Similarly, the analysis of BIM data can be used to determine watercourses, the effectiveness of drainage, and the subsequent possibility of floods before any building work commences saves a lot of trouble later. Assessing an urban areas ability to deal with torrential rain and even rising water levels is imperative to many of the worlds cities. Traditionally built on sea and major river ports to allow the movement of goods, today's coastal cities are beginning to suffer as water levels rise, creating major problems.

Living cities.  Any increase in building density within an urban area must take into account a number of factors from allocation of services such as waste, water, and energy to the interactions of the new building to the building around it. Rising property prices in urban areas means that developers have to work smarter to be able to supply the living space that city workers require. The need for living accommodations that are a short commute to work while being of a suitable standard for families is a huge concern. Past solutions have been less than satisfactory and have led to concerns over resident health and safety. By Using BIM, living accommodations can be optimized to meet the needs of the residents while allowing for relatively inexpensive and well-designed dwellings.

BIM Plans for the Future.

BIM amalgamates creative vision with innovative technology solutions enable the designer to optimizing the design. This not only makes the planning and design more reasonable, but also can meet the corresponding green building standards at the beginning of the design.  BIM bridges the gap between visualization and integration and helps blend an array of project data within a risk management framework. The use of detailed 3D models is essential when considering the site of a new building in an existing urban environment, particularly when there is significant underground infrastructure that may be an issue when deep excavations are required. This factor also works in reverse too, when deep excavations – such as new underground rail extensions are required -which may have huge implications for above ground constructions. BIM’s ability to create detailed and realistic scenarios in 3D CAD allows for structural analysis to be carried out before any work has even started, and that means greater knowledge of an environment and control.

BIM tools allow designers and architects to apply deep analysis to the building before any work is even started to determine complex interactions such as the effects of persistent rain, rising flood waters, and changes to airflow through the urban environment and how a new building may affect wind speeds.

As we try to pack more into our urban environments, BIM will help us plan for all eventualities both inside and outside of those new buildings and is fast becoming the essential tool for future planning and development. Few architects will forget the problems found with London’s Walkie-Talkie building, whose curved glass walls focused sunlight and caused damage to parked cars and nearby buildings. An issue such as that would be highlighted very quickly by BIM tools and the need for expensive remedial action would never occur. If you enjoyed reading this content we have plenty more on the subject of Building Information Modeling.

Fundamentals of Building Information Modeling: What is BIM?