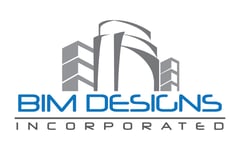 One of our many Google projects, this Design/Build project covered the plumbing scope of four buildings on the Caribbean campus.

BIM Designs, Inc. provided an approved permit set of drawings, a clash free coordinated and constructible model, insert/sleeve layout points, Shop drawings, a Bill of materials for purchasing, and Spool sheets for fabrication. We worked hand in hand with other fellow Googlers to make sure we are able to provide the best product we can to the client.

The 1.04 million square foot project, which is called Caribbean, will be large enough to accommodate 4,500 Google workers. The plans are the clearest indication yet of at least a portion of Google’s plans in Sunnyvale, where the company this year has amassed roughly 50 properties valued at more than $1 billion.

“Google has made a significant investment in Sunnyvale,” Mark Golan, chief operating officer of Google’s global real estate investments & development unit, said during an interview with this news organization. One of the new Google office complexes would be a five-story building totaling 505,000 square feet with a future address of 200 W. Caribbean Drive. The other would would total nearly 538,000 square feet and be located at 100 W. Caribbean Drive. Conceptual images of the buildings reveal striking designs for both structures, featuring long inclines that would allow Google employees to walk, ride bicycles and even roller blade to any level of the buildings.

However, the complex would not be filled with Googlers until 2021 at the earliest, the company emphasized.

“This is the start of a process with the city of Sunnyvale,” Golan said, adding that the company already has a significant presence in the city.” Earlier in 2018, Google paid just over $210 million for buildings, land, and a parking garage in the area that was previously owned by NetApp.

However, the majority of Google’s Moffett Park purchases this year occurred when the company bought about four-dozen properties from affiliates controlled by one of its real estate partners, CBRE. The latest properties that Google seeks to develop are roughly bounded by Mathilda Drive on the west, Bordeaux Drive and Caspian Court on the south, Borregas Avenue on the east and Caribbean Drive on the north. The entire site would be about 40.5 acres.

“The proposed project will enhance the area by replacing a collection of aging, low density structures with two new buildings and a redesigned site,” Google stated in documents submitted to the city. Currently, 13 single-story buildings dot the parcels that Google intends to develop.

Google opened its first office outside of California in 2000. Now the tech company has offices and data centers in 21 states.